New Diet for the New Year? Keep in mind the food pyramid is wrong. Way wrong.

I have seen the food pyramid almost everywhere my entire life in schools, doctor’s offices, cereal boxes, and many more places. It has become something I had believed to be fact most of my life.

The food pyramid has guided most of our meal choices for as long as we can remember.

I can remember the general idea pretty well: You should mostly eat grains, followed by vegetables, fruit, meat, dairy, and fats… just about in that order. Just as I’m typing in, I can’t believe how amazingly inaccurate that is. Grains, specifically refined ones, are not necessarily healthy, especially not in the quantities that the food pyramid encourages you to eat them. The food pyramid is a USDA marketing tool. It ignores the advice given to them by actual nutritional experts, so people eat more refined grains and meat, all of which are subsidized by the USDA.

“When our version of the Food Guide came back to us revised, we were shocked to find that it was vastly different from the one we had developed. As I later discovered, the wholesale changes made to the guide by the Office of the Secretary of Agriculture were calculated to win the acceptance of the food industry. For instance, the Ag Secretary’s office altered the wording to emphasize processed foods over fresh and whole foods, to downplay lean meats and low-fat dairy choices because the meat and milk lobbies believed it’d hurt sales of full-fat products; it also hugely increased the servings of wheat and other grains to make the wheat growers happy. The meat lobby got the final word on the color of the saturated fat/cholesterol guideline, which was changed from red to purple because meat producers worried that using red to signify “bad” fat would be linked to red meat in consumers’ minds.”

They revised it once back in 2005. Then they tossed out the “pyramid” altogether in 2011 for the “My Plate” design. Both designs are improvements, but they have yet to be implemented in schools as far as I know.

It’s not that surprising. Most, if not all, textbooks still say Pluto is a planet, camels store water in their humps, and gum will stay in your stomach for seven years if you swallow it… well, maybe not the last one.

With that said. I encourage you to educate yourself, talk with a nutritionist, and research what foods are best for you and your diet. 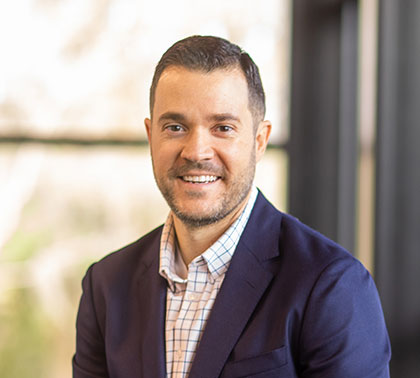 As the son of a 44 year Publix employee, Troy understands the commitment and loyalty required for his clients to pursue their long-term financial goals.

A Polk County native, Troy received a B.S. in Financial Management from Florida Southern College where he also played baseball. His wife is a Speech Language Pathologist at Central Florida Speech and Hearing Center. Troy and his wife live in Lakeland where they are members of St. Joseph’s Catholic Church.

As a sports enthusiast who played high school and collegiate baseball, Troy’s career provided him with a “team player” attitude that enables him to focus on giving...