Home | Go Greenhow | Traditional vs. Roth IRA – which is best?

Traditional vs. Roth IRA – which is best? Clients often ask us whether they should contribute each year to a Roth— either a Roth IRA or a Roth 401(k) through their employer — or to a Traditional, tax-deferred IRA or 401(k).  Let’s first understand how they work! This will help you decide whether a Traditional vs. Roth IRA is best.

In the case of a Roth IRA, even though you contribute money now, you’re still taxed on those dollars come tax time. As such, it doesn’t help you reduce your tax bill in the current year. But, later in life when you draw money out of the Roth, there’s no tax — either on the original contribution amount(s) or the growth. This is because the money was already taxed when it was initially contributed. The traditional IRA option is just the opposite. As you contribute money now, generally the money is deducted off this year’s income; you are not taxed on it in the current year. However, later down the road when you draw it, you’re then taxed on the contribution(s) and the growth. This is because the money was never taxed when it was put in.

A simple question can help you choose

So, which is better? You can help arrive at the answer by asking this question:

Do you anticipate being in a higher income tax bracket now, or later on in life — during retirement let’s say — when you will be drawing money out of the account?

Let’s take a look at a few scenarios to see this at work. When a Traditional IRA may be best: an example

Whether you file your tax return as “single”,  “married filing jointly”, or otherwise, you need to get an idea of how much taxable income you have now to determine into which income tax bracket you fall. For example, a married couple filing jointly making a hypothetical income of $350,000 per year would be in the 32% tax bracket — generally speaking. If, when that couple retires, they will not be working (and therefore will likely have less taxable income) their tax bracket should be lower. Income tax brackets do change over time, but let’s assume they’d be in only a 22% tax bracket when they retire. In that case, a Traditional, tax-deferred IRA is likely the best option. The couple can defer paying tax today at a higher rate, paying those taxes later instead when they draw the money out of their IRA — at a lower rate.

When a Roth IRA may be best: an example

In another scenario, let’s say a young, single person is just getting started in their career and earning $40,000 per year. This places them in the 12% income tax bracket as a single filer as of this current time. Later in life, they’ve accumulated an investment portfolio, real estate holdings, and perhaps even a business. This means they would have significantly more taxable income in their retirement years — let’s say $700,000 per year. That would place them into the 37% tax bracket at that time, using today’s brackets. In this case, this investor would likely be better off with a Roth IRA. This is because they can contribute the money now and paying income tax at their current 12% tax rate, while being able to withdraw it later tax-free after the money has grown, avoiding their then higher 37% tax rate. If you aren’t sure, ask a financial advisor

Think through your family’s scenario carefully! You’ll need to consider whether your income—and therefore tax bracket—may be higher or lower at retirement age versus where it is now. This will help you choose the option that is likely to result in the lowest taxes over time. If you need help developing a plan or are looking for more information on IRAs and how they fit in your portfolio,  I’m happy to help.

Information in this material is for general information only and not intended as investment, tax or legal advice. Please consult the appropriate professionals for specific information regarding your individual situation prior to making any financial decision. No strategy assures success or protects against loss. Investing involves risk including loss of principal. Withdrawals from a Traditional IRA prior to age 59 1⁄2 may result in a 10% IRS penalty tax in addition to current income tax. A Roth IRA offers tax deferral on any earnings in the account. Qualified withdrawals of earnings from the account are tax- free. Withdrawals of earnings prior to age 59 1⁄2 or prior to the account being opened for 5 years, whichever is later, may result in a 10% IRS penalty tax. Limitations and restrictions may apply. 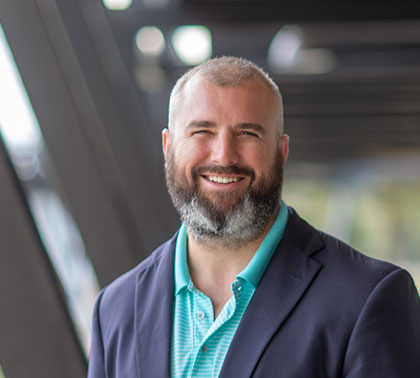 Eric joined the Allen & Company team of Financial Advisors in 2003 and specializes in investment management services for high net worth individuals and families; corporate 401(k) and retirement plans; Life, Long Term Care and Disability Insurance; systematic retirement funding and income planning. Eric has earned the CERTIFIED FINANCIAL PLANNER™ certification from the College of Financial Planning, as well as The CHARTERED FINANCIAL ANALYST® Charter, one of the most highly regarded and recognized designations within the financial services industry. Eric was the first Financial Advisor at Allen & Company to complete this rigorous program.

He received an Associate of Arts degree...