“Earn money while learning a trade,” read the vinyl decal on a plumbing company’s truck as I sat behind it at a stoplight.

I see that message in many variations and lots of locations these days. It appears that the pendulum is swinging back from the mantra pounded into my Generation X head in high school: You must get a degree to succeed in this world.

My Millennial nephew, Landen, is an example of this shift from the college education path.

Even though he earned a bachelor’s degree, he shifted his career path when he realized the cost of physical therapy school. He found a two-year relay technician program, and today he works for a major energy company in Virginia that can’t seem to find enough workers to meet the demand. At 27, he earns a great living, he’s debt-free, and he contributes toward his retirement. There’s little doubt in my mind the pandemic and the changing social climate in college classrooms gave that college vs. trade school pendulum a shove.

With travel bans that disrupted study abroad programs, the disappearance of in-class learning for a time, and students feeling pressured to complete writing assignments based on their professors’ political/social stances instead of their own, it didn’t surprise me to see a December 2020 survey that showed 57 percent of college students agreed that higher education was no longer “worth the cost.”

Trade schools can cost half as much as in-state tuition at public colleges, according to a recent Forbes article. Trade school students often complete their training and enter a related profession in two years or less. It is estimated that 92% of students who complete apprenticeship programs earn an average of $72,000 annually, according to government statistics. There is a massive student loan debt problem in America today, and roughly half of Millennials move back home after college.

Trade schools enable young adults to pursue well-paying jobs in high-demand fields. My hope is that they also lead to recapturing elements of the American dream that slip through the fingers of many college students these days, such as home ownership and debt freedom. 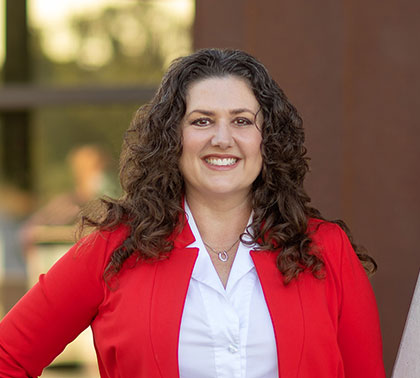 Lorrie is a Florida native who grew up in Ocala and has lived in Lakeland since 1999. She came to Allen & Company in 2019 after spending more than two decades as a journalist and public relations professional, including nearly 12 years as the owner of a public relations firm that served clients throughout the U.S., Canada and England.

Completing Dave Ramsey’s Financial Peace University sparked her passion for finance, wealth building and retirement planning. The privilege of helping clients strive to reach their financial goals and empowering them to put their money to work for their betterment is the most...